Have you ever heard about the night witches? You might be thinking that this is some kind of fictional story or an evil group. 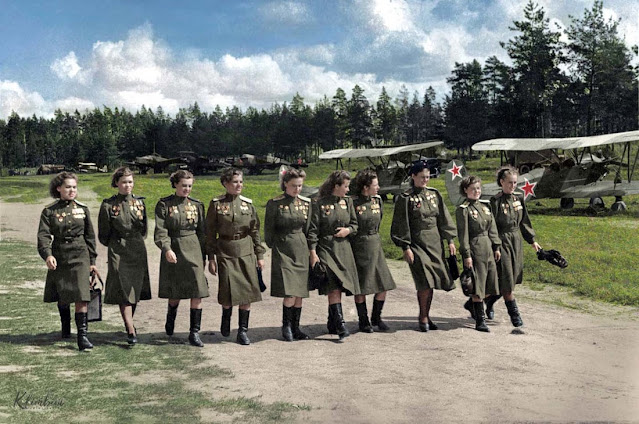 But this could not be further from the truth... The night witches were a group of women part of the Soviet Army, officially known as the Red Army during World War II. At the time women were not allowed to fight in the war - this made the Soviet Union the first nation to allow women in combat. About 150 women joined this regiment. These women were from all walks of life. Some of them were homemakers, doctors, etc. Most of them were between the ages of 17-26. They were assigned the role of fighter pilots and they would fly over the Nazi army while dropping bombs.

But the problem was, these planes were very noisy, so as soon as they got near the Nazi army, they could easily be heard and shot down. So to avoid this problem, they would fly so high that could not be heard on the ground anymore, and then they would switch off their engines and glide over the Nazis, and then they would drop their bombs. but to turn the engine back on, one of them had to climb on to the back of the plane -while it was still gliding- hand crank it and then get back into the plane safely. Their planes were so small that only two women and two bombs could fit inside each plane. They would fly during the night so that they wouldn't be seen which also made it that much harder for these women. Nazi soldiers compared the sound of their planes gliding to broomsticks whooshing through the air and hence nicknamed them the night witches. 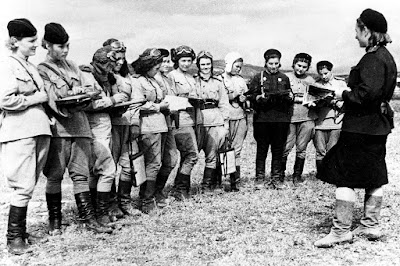 This entire regiment comprised only of women. they were feared and hated so much by the Nazis that any German who downed one of them was automatically awarded a medal. None of these women were forced to join the war. There were more that 2,000 applicants who wanted to join. In the end they only lost 30 women from their regiment and 27 were awarded the hero of the soviet union.

This is one of the untold stories in history and I take pride in knowing and telling you facts like these.