Women’s Day: Then and Now

112th Women’s day has come and gone. The passing of each women’s day witnessed more strides and victories for women. Women franchise is now an accepted norm. Women entering all fields of work has become easier. Women’s right to property is a legal right in most parts of the world. However women’s decision making power is still not universal. Challenges at work including glass ceiling persist.

Women’s day is an apt occasion to remember and salute the movements that achieved results and also to analyse and  list out problem areas that women should focus their fight on. However with each year the overwhelming atmosphere is dominated by companies which are just using women’s day to promote their products.

When it was decided to celebrate women’s day, it was to celebrate the achievements and progress that women had made but now it has predominantly become a day for discounts, dresses and parties. Women always fought against the oppression against them. Even just 50 years ago women were denied voting right even in some developed countries  because it was thought they couldn’t decide something like who rules over us or what is good for the society. 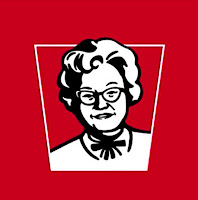 The day was predominantly celebrated in the socialist countries. Then, when women gained suffrage in Soviet Russia, it became a national holiday there.

The origins of women’s day can be traced back 1857 when garment workers organised a protest against working conditions and low wages. Even after the protests, the problems persisted, but this led to the formation of the Union. In 1909 the garment workers went on one of the biggest and longest strikes ever. More than 20,000 women participated in the strike. It went on for 80 days in the severe winter of New York. They were put to many hardships. Finally, the management has come to terms with the workers.

The earliest Women's Day observance, called "National Women’s Day was held on February 28, 1909, in New York City, after the suggestion of an activist. In 1910, the meeting of the second international of the socialist women took place in Copenhagen. In this meeting it was decided to observe an International Working Women’s Day, commemorating the struggles of the working women. This was at the initiation of Clara Zetkin, an ardent Socialist throughout her life. 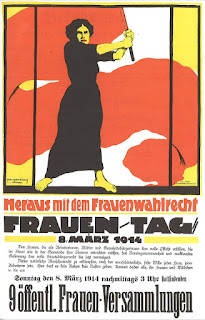 The first International Women’s Day was observed in the year 1911. It was a big celebration where they also paid tributes to the 146 women who died in the triangle shirtwaist factory fire due to bad conditions.

But what about now? What does women’s day mean today?

It is not that there are no progressive women who are still fighting for equal rights for all or that there is shortage of issues that women face. It is just that more woman have to realise the importance of these movements and actively participate in them. Such awareness will stop brands from hijacking the real meaning of women’s day.

If the coming generations have to have a better and more equal world, we today have to fight every step of inequality instead of accepting the world as the way it is.

Let’s celebrate womens day with a tear for every drop of blood and sweat shed to achieve what we take for granted today and a salute to every girl who has the grit to stand up on behalf of everyone.